The first phase of the McClellan protected lanes were completed last year between Stelling Road and Imperial Avenue. The protected bike lanes have made travel along McClellan, a major school commute and cross-city connector, safer and easier for cyclists of all ages. Cupertino Public Works is now moving forward with the second phase of the project, which will construct similar lanes on McClellan Road from Stelling to De Anza and continuing

along Pacifica Drive between De Anza and Torre. This second phase will connect with the Regnart Trail (if the construction vote on the trail is successful in September 2020) near the Cupertino Library. At the last City Council meeting, the Council moved the project forward, including approving the Phase 2 construction contract and removing the street parking along the Phase 2 stretch. (See Frequently asked questions box on this page) Questions were raised by Councilmembers and residents about garbage pickup, deliveries, entering/exiting from personal driveways and more, which staff answered (See Frequently asked questions box). 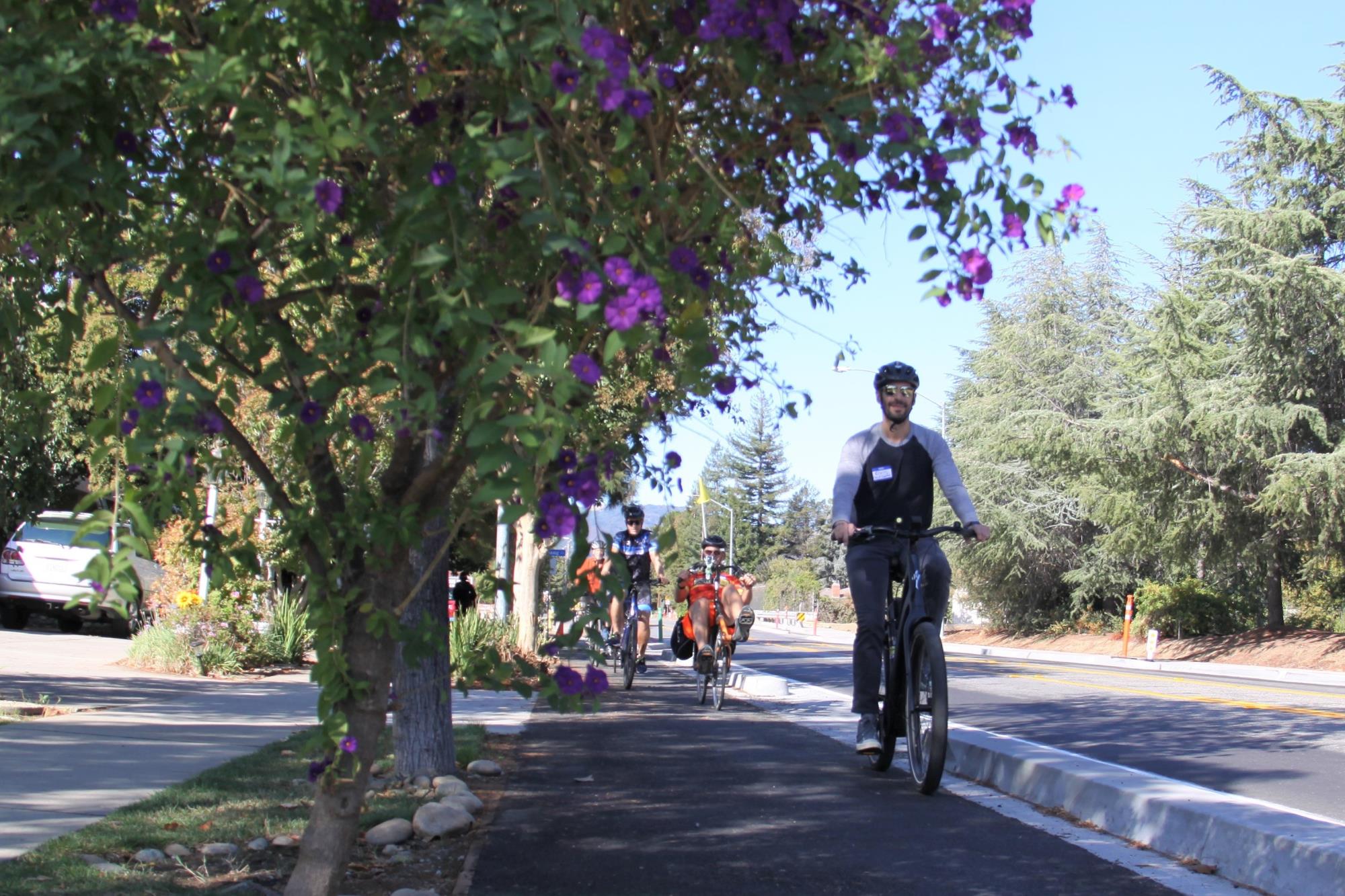 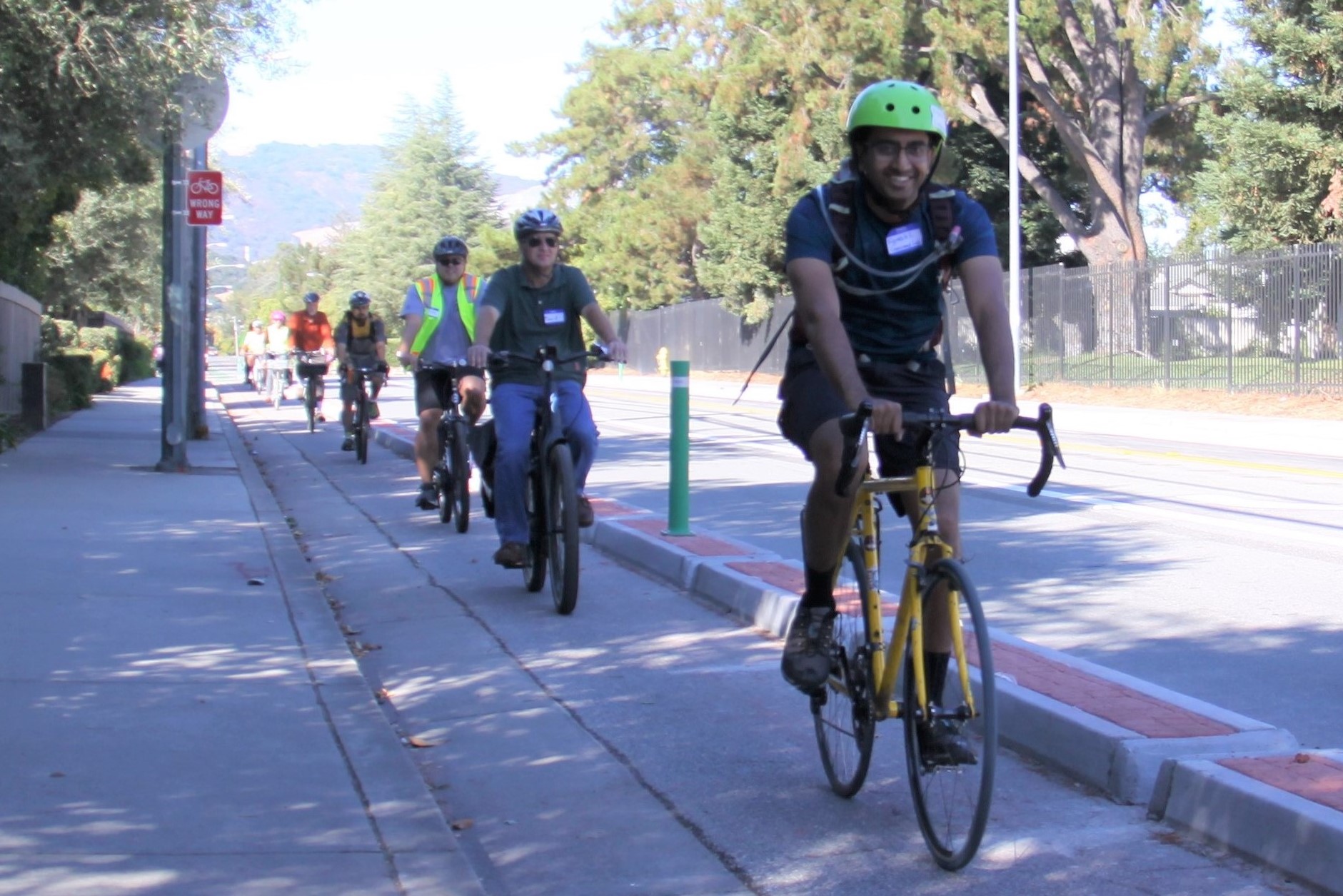 Phase 2 is expected to break ground on August 3, and take approximately three months to complete.

What about deliveries and garbage pickup? Garbage trucks will block the road, as they do now. Delivery vehicles will need to pull into a driveway, park in front of driveway, or go onto a side street and get out to make a delivery. They will not be able to block the bike lane any more by parking in it. Residents living along McClellan will be notified as to how and where to put out their garbage cans. There has not been an issue with garbage cans blocking the bike lane in Phase 1 of the McClellan lanes.

Will speed limits change? There will be a traffic survey after all the portions of the project are done to see if speed limits need to be adjusted. It appears from Phase 1 that vehicle speeds are less than they were prior to the project.

What about the loss of parking? The staff did three parking studies at different times of the day to determine the level of parking demand on McClellan and Pacifica in these areas. At all three times, McClellan had zero cars parked on it, showing the parking need there is low to nonexistant. On Pacifica, they found 6-8 cars each time. Fortunately, on the Pacifica stretch from DeAnza to Torre, there are many off-street parking opportunities and parking lots available. (There are also no single family homes there.)

Will it be harder to get out of a personal driveway? The city staff have studied and taken pictures of Phase 1, to show that drivers leaving will have a large and visible sightline for leaving driveways. See this picture here.

“I’m encouraged to see that children that are biking in this path [Phase 1] now, and this next phase will continue the improvements.”

at the July 21 Council meeting There will be full-time inspection to continuously monitor the working environment and to direct the contractor to correct any issues with traffic management. The contractor is required to provide safe passage for pedestrians (ADA compliant), bicyclists, and vehicles using the roadway.  Bicyclists may need to share the lane and vehicles may be delayed for up to several minutes. All Covid-19 construction protocols will be strictly enforced. The road will be narrowed during construction and there will likely be times when only one lane is open, with a flagger to direct 2-way traffic. Routes for pedestrians and cyclists will be maintained on McClellan during construction. If school is in session, parents should review their family’s morning drop-off and pick-up routines and/or the route your child takes to school. Consider walking, which may be easier.

Below are some sections showing parts of the new Phase 2 design, presented by City Staff at the June Bicycle Pedestrian Commission  meeting.

This shows the intersections on McClellan and West Acres (top of picture) and McClellan and Kim (bottom of picture), including crosswalks and protected bike lanes. (Click on picture for larger view) This shows the planned crossing of DeAnza from McClellan (left side of picture) to Pacifica (right side of picture).  The insets show how this intersection is currently set up. (Click on picture for larger view.)

The information in this article is solely the opinion of the author and Walk-Bike Cupertino and does not reflect the opinions of any other organization or entity. For more information, contact WBC at info@walkbikecupertino.org.